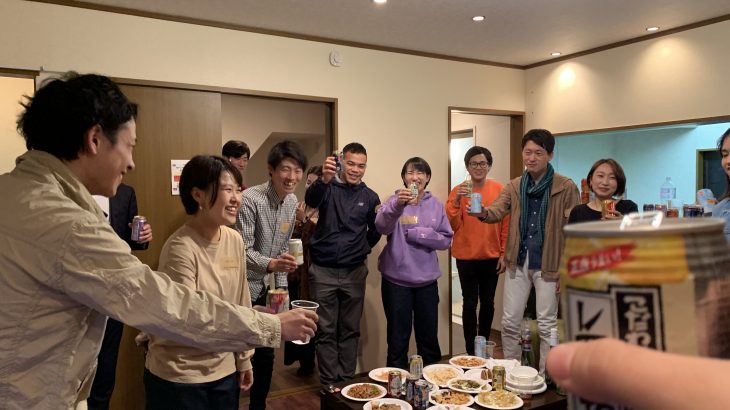 ASEAN HOUSE, which started with the idea of ​​“Wanna Southeast Asians and Japanese to understand each country culture in globalization age. The tie from person would connect to world pease” finally opened.

Since you are in Japan, let’s make Japanese best friends and learn more about Japan.The time and place where Southeast Asians and Japanese young people meet and talk with each other becomes an important memory, and a place to return!!Be sure to be a bridge connecting Japan and Southeast Asia in the future.

*Location
3-minute walk from Tokyo Metro Marunouchi Line “Nakano Sakaue”Station
(4 minutes by train to Shinjuku and 18 minutes to Shibuya. excellent access!!)
*Rent fee
¥ 40,000-
(excluding common service costs / There is initial promotion. You can negotiate with us)
*Room type
Dormitory (2-4 person room) or private room
*Share mates
4 Japanese, 4 Southeast Asians
Gender ration would be same
Students also welcome
*Opening date
11/1 ~
*Other
Fully furnished furniture including WiFi
*Application form
https://forms.gle/YertWC4MZo5fvXmy7
*Contact
FB: ASEAN HOUSE
email: aseanhousejapan@gmail.com
Tell: 09047567803
*Founder
Shotaro Sasa
Live the Dream Co., Ltd. Founder / Recruit Co., Ltd.
In university days, I was greatly impressed in the Philippines I visited for the first time. After that, he traveled as a backpacker in 30 countries around the world, and in the fourth year of university, as representative scholarship student from Japanese government he became staff of educational NPO; e-Education. After that he founded his first company; Live the Dream Co., Ltd. (career educational information platform) with local youths and the company grew to a scale of 800,000 users then he raised funds finally. Currently, in order to become a bigger entrepreneur, he is in charge of ads sales for hotels after at Recruit Co., Ltd.

Shintaro Kagabu
KAGEROU Co., Ltd. Founder
Stayed in Australia for 2 years on a working holiday after graduating from high school. Operated and sold three share houses in Sydney. After a year and a half tour around the world, he started a video production business in Myanmar. He stayed for a year and a half, and now moves his base to Tokyo to incorporate the video production business in Myanmar and establish KAGEROU Co., Ltd. In Japan. And now he is preparing to start an educational business. The vision of life is to make the world happy.

I will create ASEAN HOUSE (Shared House for Southeast Asia)!! 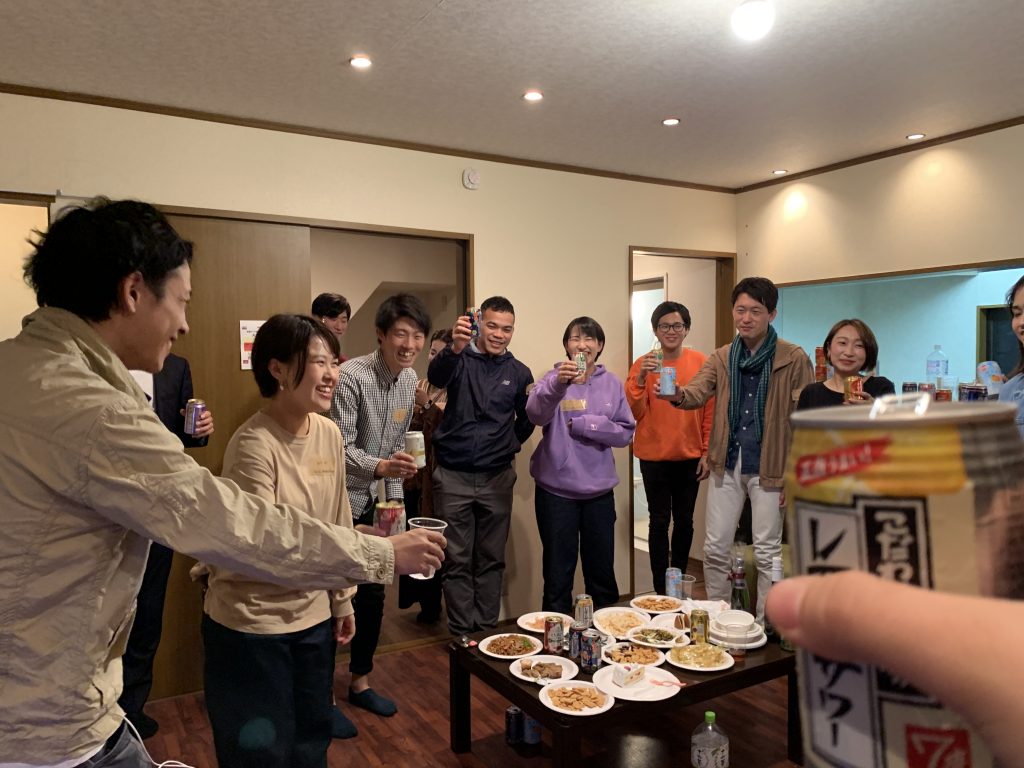 Before going to work, I was naturally listening to Myanmar music.

That’s right. Half of my school days was in Myanmar, and it was Myanmar itself that changed my student life and my life. It is not only Myanmar. The same is true for the Philippines that gave me a kick. Southeast Asia itself has become its own vitality and identity.I decided to stay involved with such Southeast Asia for a lifetime!

On the other hand, I would like to contribute to the future of Japan. If you stay in a foreign country for a long time, you may be aware of your “Japanese” identity and you all think so. 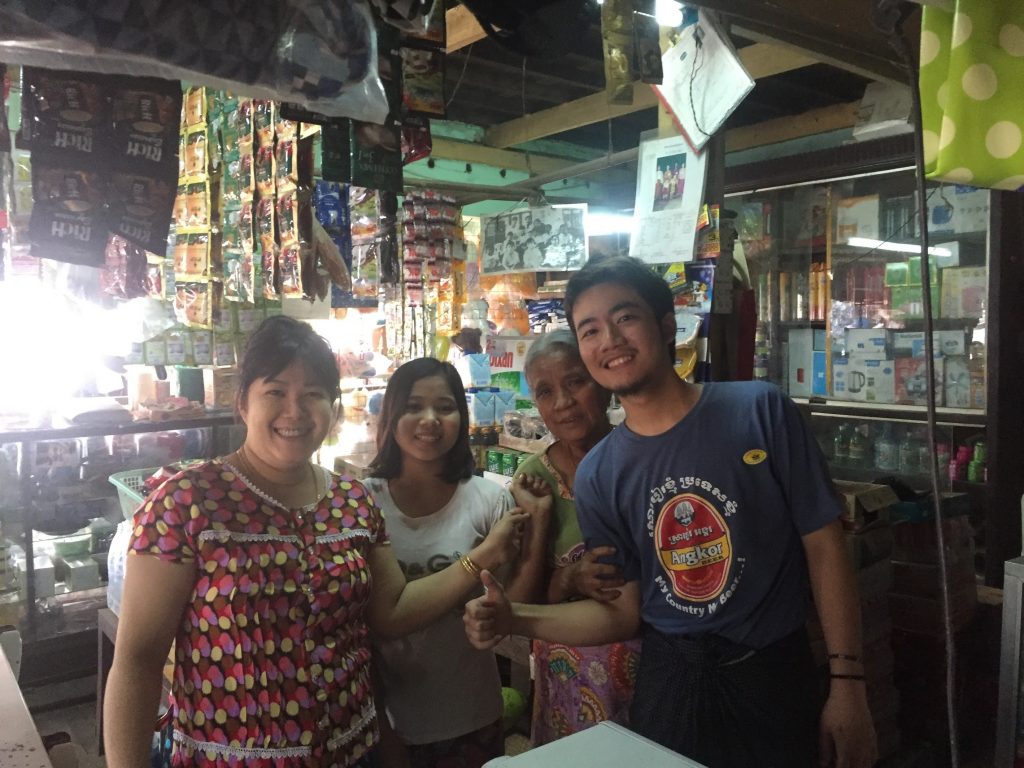 After all, I worry about foreigner circumstances to work in Japan.
I have seen many people who go back to their home countries with a bad impression that Japan is not going to go anymore. I heard that only friends from my home country were made in Japan.

So, I will create the ASEAN HOUSE! 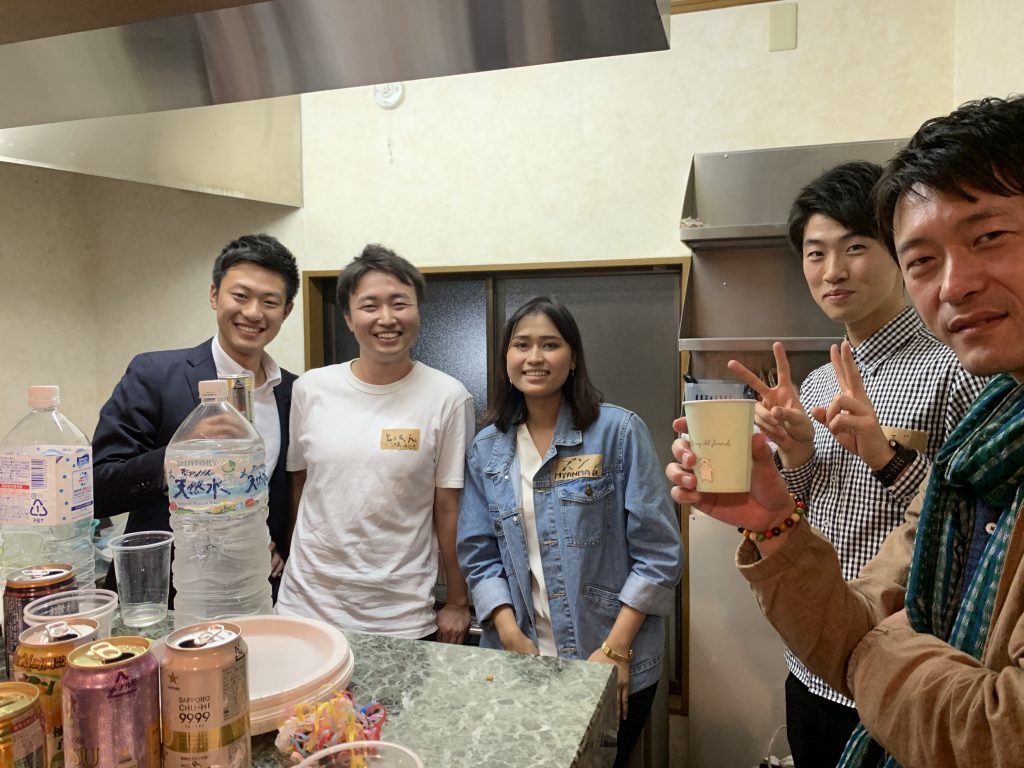 If the contrasting two are combined, something interesting will always come out!Thanks to the memories that such contrasted countries spent together at the beginning of this new Reiwa age, it can happen that we can help each other when we climb up in each other’s country. It may be a big deal, but I hope that it will be a trivial part of that history. From a small share house, I want to gradually expand the circle of friendship and create world peace!

I realized because I shared the time to work and eat and live with Myanmar people for a long time. You can become a true companion only by eating the same pot of rice, exchanging dinner and talking every night. The nationality does not matter.

The time and place where Southeast Asians and Japanese young people meet and talk with each other becomes an important memory and a place to return!!
Be sure to be a bridge connecting Japan and Southeast Asia! !

※concept
1. To HUB in Southeast Asia
We aim for “Japanese: Southeast Asian = 1: 1.”  To the HUB where interesting people related to Southeast Asia gather!
2. Dream chasing
The members are young people who work hard for something different in the field. Let’s make a dream come true with our friends who work hard for each dream!
3. At home
The purpose is to spend time together, such as birthdays, seasonal events, and self-organized events. (We will hold mini-public events related to Southeast Asia as appropriate, jointly manage SNS pages, and always accept student members and work on fostering the next generation.)